Have you ever tried spaghetti squash?! I've been intrigued by this pasta imposter (impasta!) for quite some time so decided to finally test it out for myself...and it was delicious! As it was probably the priciest vegetable I've ever purchased (over $7!), I reallllly didn't want to eff up the cooking of it, but thankfully it turned out perfectly. I was afraid that the strands would be really mushy, but they actually had a great bite to them, and the bland flavour pairs well with any type of sauce. Obviously, it doesn't taste quite the same as real pasta, but at 1/5th of the calories, it's a pretty good trade-off.

Here are the simple steps I followed to prep it:


1. Cut the squash in half (lengthwise for shorter strands; widthwise for longer ones -- I did the latter).

2. Scoop out the seeds and pulp.

3. Place the halves (cut-side down) on a plate and microwave for 12 minutes.

5. Serve with your sauce of choice -- I opted for a pre-made alfredo sauce. 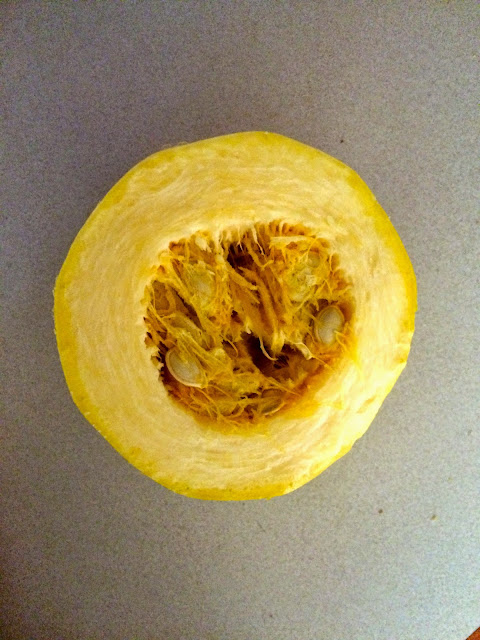 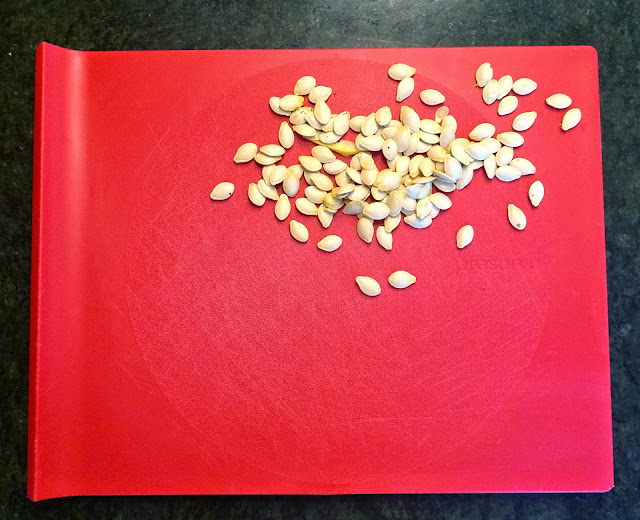 {I never realised quite how...seedy...this vegetable is. Apparently you can save the seeds and roast them for a tasty and healthy snack if you're so inclined} 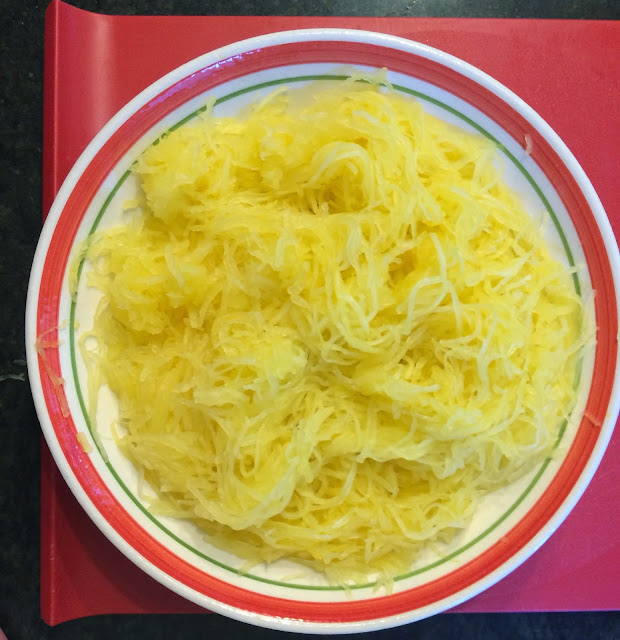 {The finished product! Doesn't it look so legit?!}

So there you have it -- a healthy and simple meal in minutes! I was pleasantly surprised at how filling spaghetti squash is (I felt just as satisfied after a bowl of it as I would have with the same amount of the real deal). And there's so much of it too -- definitely more than enough for two hungry people, and could easily feed up to four.
Posted by Ali and Vicky at 10:07 PM

Email ThisBlogThis!Share to TwitterShare to FacebookShare to Pinterest
Labels: food