After a long Thursday Travels hiatus, we are finally back with our post on Berlin. To be honest, we didn't find the German capital the most charming of cities, but as we were only there for two days, we're willing to believe that a longer stay would have revealed some of the hidden charms that all cities have if you seek them out.

The centre of a metropolitan region of nearly 5 million people, it's a bit of a sprawling, concrete jungle at first glance. The first of its sites we saw was part of the famous Berlin Wall, constructed in 1961 to separate the communist East Berlin from West. It officially came down in 1989, with dismantling beginning the following year, and today only a few parts - enlivened with very high-calibre graffiti - remain. 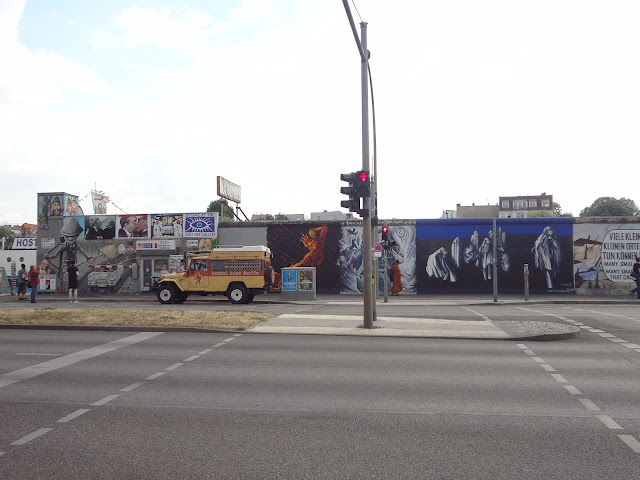 {The Berliner Mauer, as it's known in German} 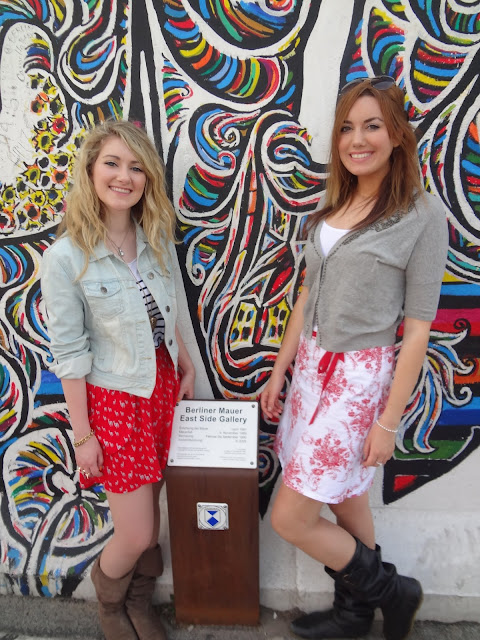 {Vicky and I randomly selected this colourful mural to pose by...} 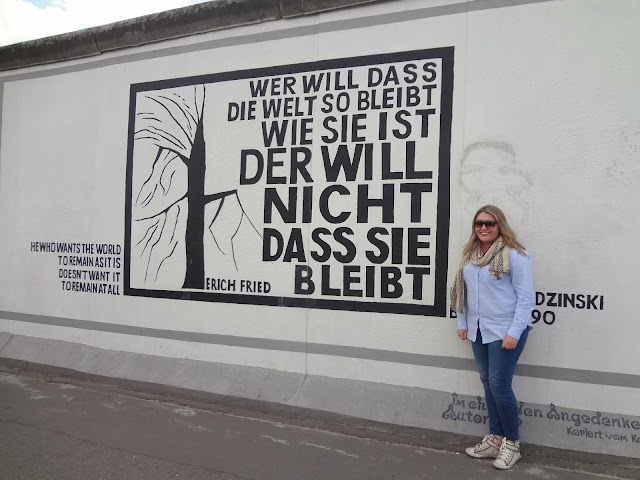 {...while Becky's backdrop of choice was a bit more profound}

On our second day, we went on a walking tour that took in the major historical sites: the Brandenburg Gate and the Reichstag building as well as a few World War II-related places of interest. Our abiding memory of Berlin is how hot it was...we were there in early June, and it was already scorching before noon. Funnily enough, we've heard people who visited in winter claim they've never been so cold in their lives! 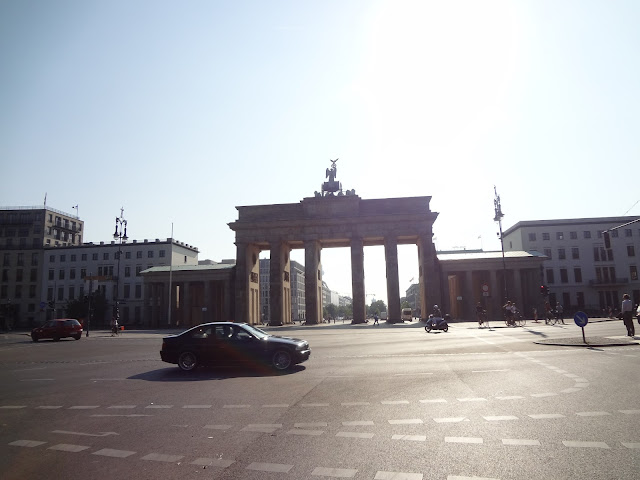 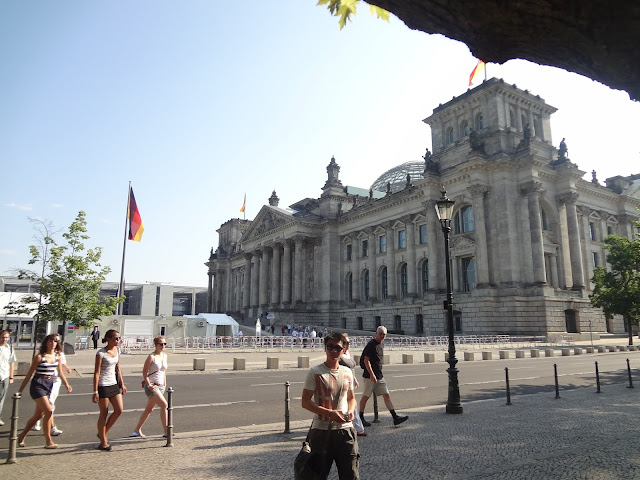 {Side view of the Reichstag building - the seat of German parliament} 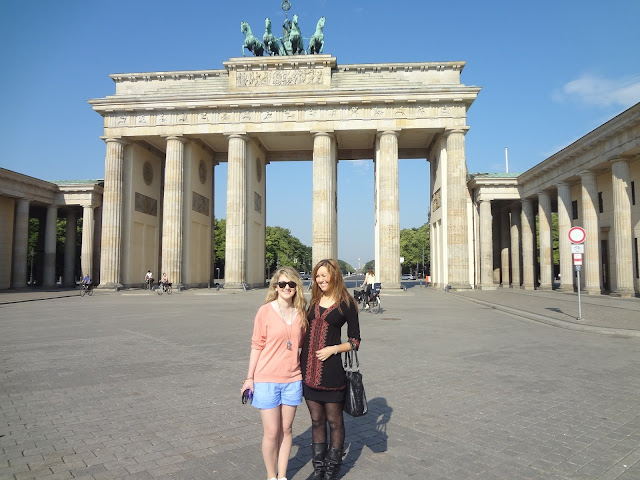 {Squinting in the sun}

We then paid a visit to the poignant Memorial to the Murdered Jews of Europe: 2711 concrete slabs arranged in a grid pattern which you can walk around. 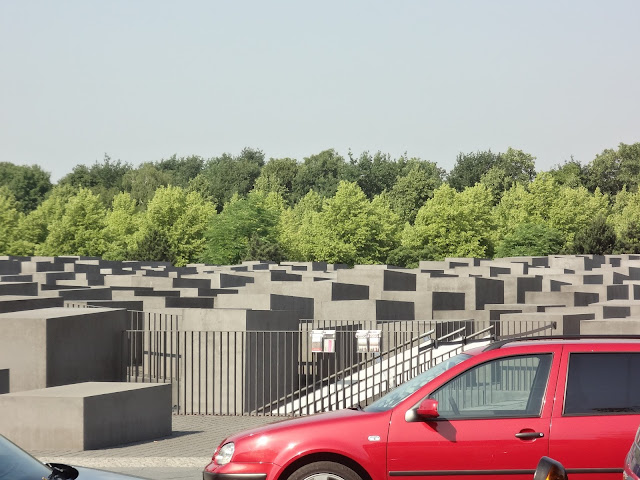 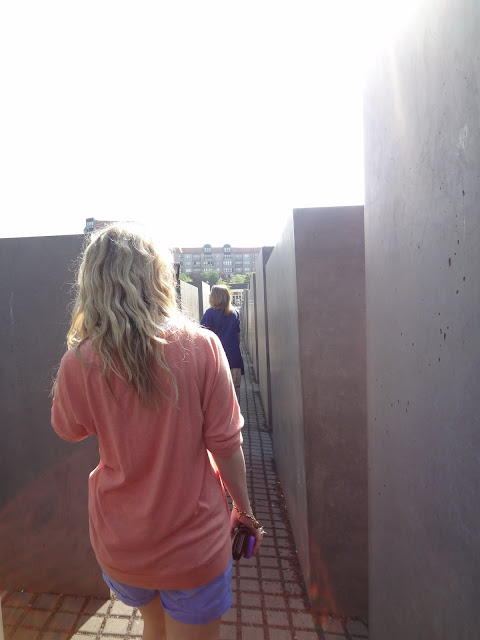 Our next stop was the sinister-sounding Topography of Terror: an outdoor museum on the grounds of what were once Nazi headquarters. Well laid-out displays in both German and English chronologically guide you through the city's troubled past in a very moving way. 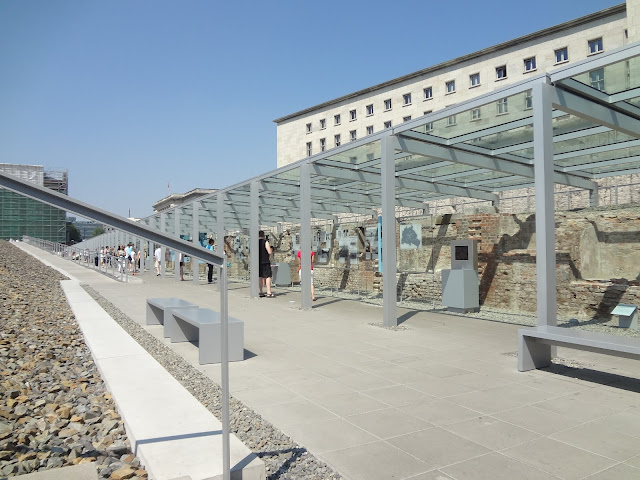 Our last cultural port-of-call was Checkpoint Charlie - the crossing point between East and West Berlin overseen by American soldiers during the Cold War. There's not a whole lot going on there now, however - just Berliners posing as US soldiers and holding American flags. There's also a museum, but we didn't get a chance to check it out. 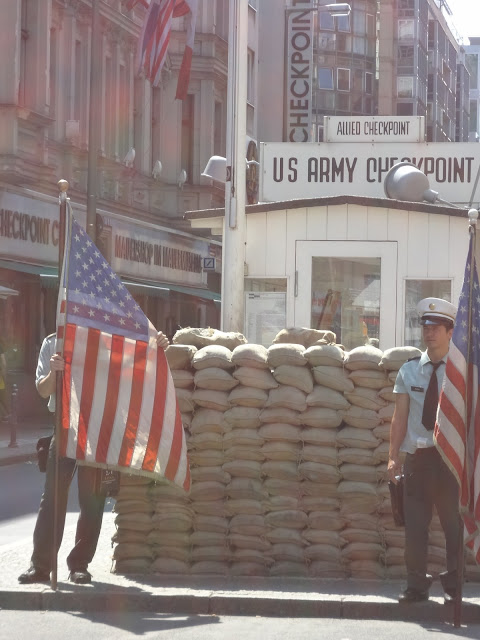 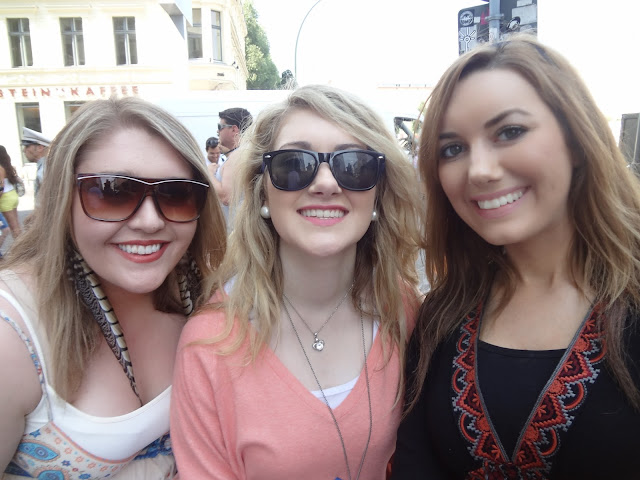 {Hot and famished, but smiling bravely}

At this stage in the day, we were starting to get mighty hungry and weary from walking around in the heat, so decided to retreat to the cool depths of a mall. We happened upon a big, airy one that seemed to fit the bill nicely, until we realised, to our utmost horror, that it was nothing but car showroom after showroom...all 5 levels of it. 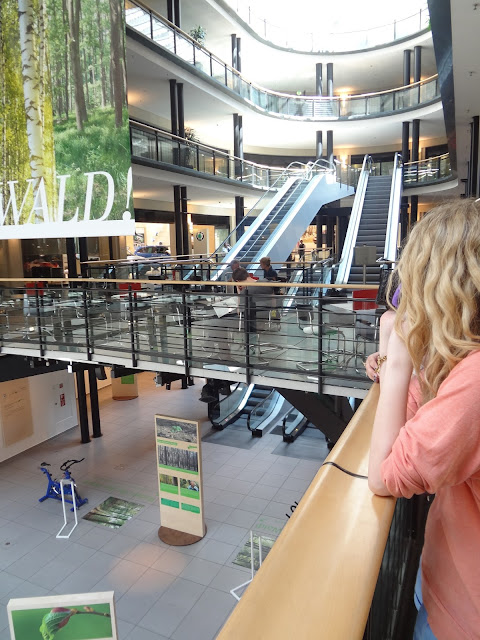 {Definitely not our cup of tea...} 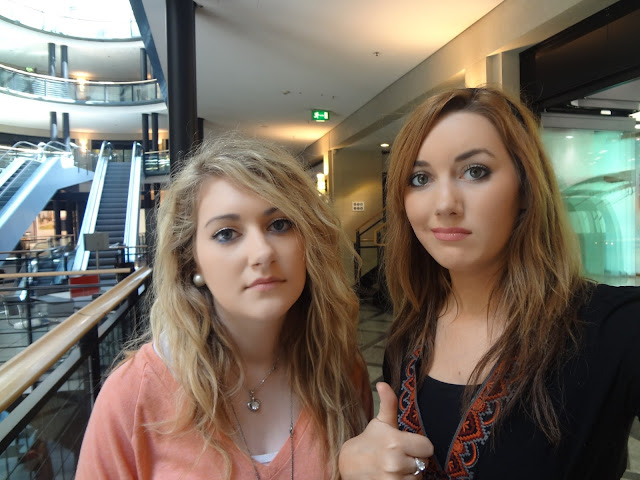 {...but we tried to muster up some enthusiasm}

At long last, we finally managed to find an actual mall mall, and were delighted to discover the wondrous "Pasta Deli" chain - basically a food court place that serves delicious, restaurant-quality pasta to order at super reasonable prices. 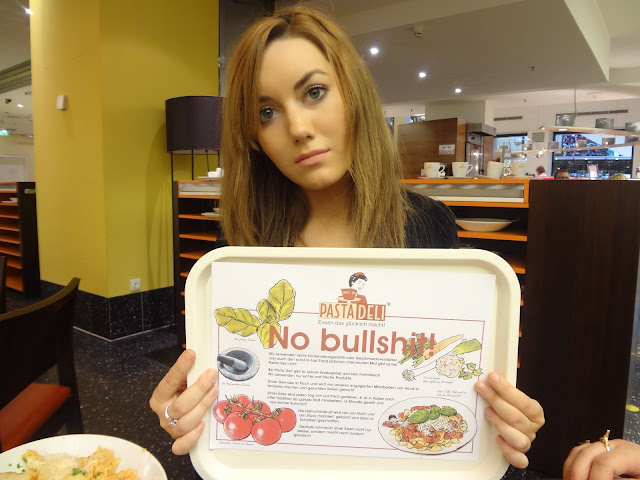 We didn't really do a whole lot more in Berlin after our daytime exertions. We went on a pub crawl around grimy little dives in what was once East Berlin, but ditched midway in favour of kebabs and chips, the finest way to end a night.

While Berlin didn't rank up there as one of the favourite places we visited, we're willing to believe that it's definitely worth a second trip. It's not as instantly attractive as say, Paris, but it has a certain edgy, cool, buzzy vibe that has its own distinct charm. 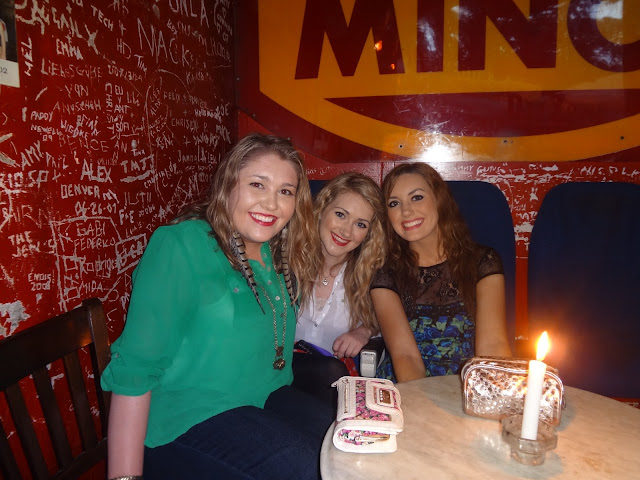