In general, traditional hearty breakfast food (think bacon, sausages, and eggs in any form) has never really done it for me, but I've always been a big fan of pancakes. Despite my love for them, however, I usually end up having them only once a year (on Shrove Tuesday/Pancake Day, naturally). However, I was inspired by Emily of Cupcakes and Cashmere's recent take on Apple Cinnamon Pancakes (using this Smitten Kitchen recipe), to try this seasonal variation out for myself. Perfect for this time of year, they are not only tasty and comforting, but leave your kitchen smelling heavenly as you whip them up. (Note: the recipe calls for three apples, but I found one was plenty, as I didn't want them to be overwhelmingly apple-y. And I used one teaspoon of cinnamon, which was perfect). 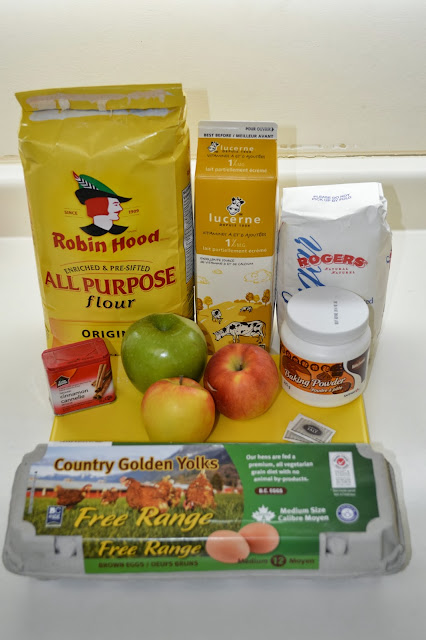 {Gathered ingredients--those random sachets on the right are salt btw...what can I say, I use what I've got!} 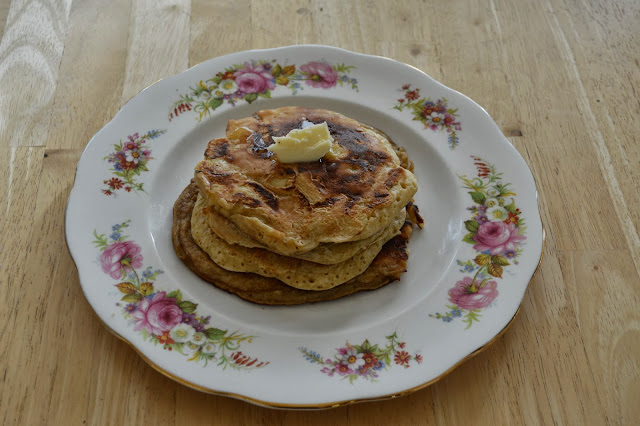 {The finished product...I wish you could smell them!}