Amsterdam is kind of a love/hate city...at least, that's what we've concluded on hearing people's views on the place. It's easy to see why people don't like it - unlike many European capitals, it doesn't have strikingly grand buildings; it's kinda grungy throughout the whole city and exceedingly seedy in parts (ie. the Red Light District); and you're in perpetual fear of being run over by a cyclist (the bicycle culture there is incredible, by the way - we'd never seen anything like it. There are virtually no cars, and absolutely everyone gets around by bike, from young children to the elderly. Instead of parking lots, they have bicycle lots!)

Buuuuut, despite all these flaws, we fell into the love-Amsterdam camp. There's just something about the place...it's so eclectic and vibrant and cultural and...European. Although it's a surprisingly compact city, and very easy to get around, it still has a bustling, energetic, "big city" vibe to it. 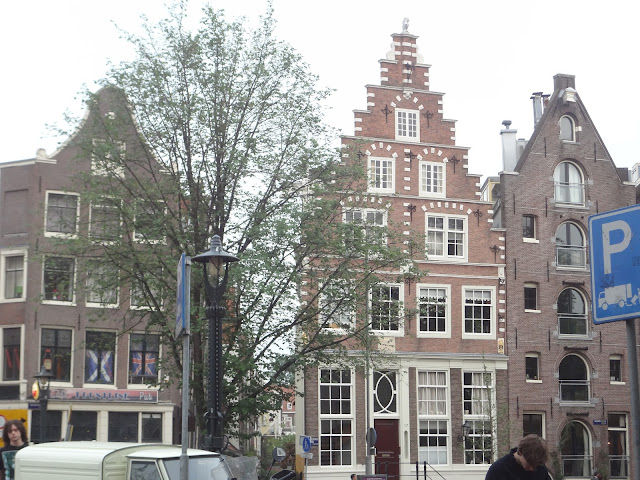 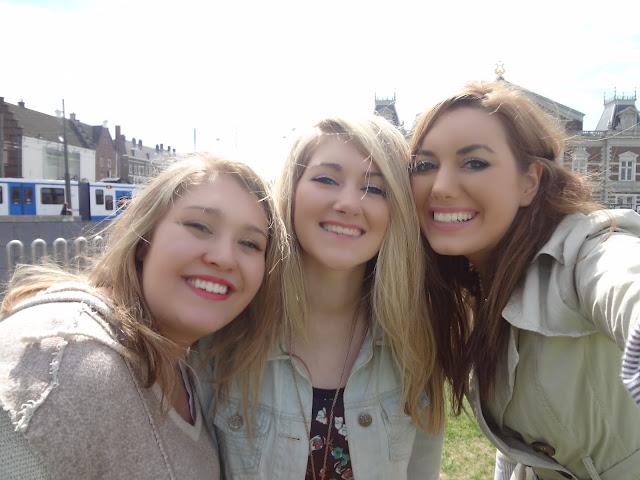 We wandered the streets, admiring the tall, narrow houses overlooking the canals that are so typical of the city. We browsed around the various markets dotted around, including the colourful Bloemenmarkt (flower market) where bright tulips (of course!) abounded. We took in a few museums, including the magnificent Rijksmuseum and the Van Gogh Museum, as well as the Anne Frank Huis, which was fascinating, though so, so sad. 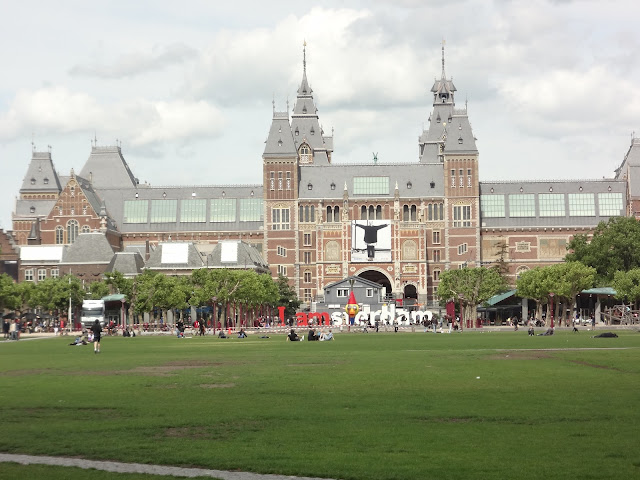 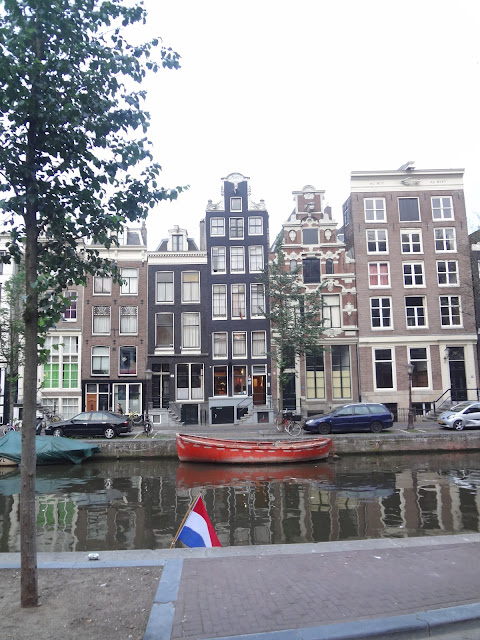 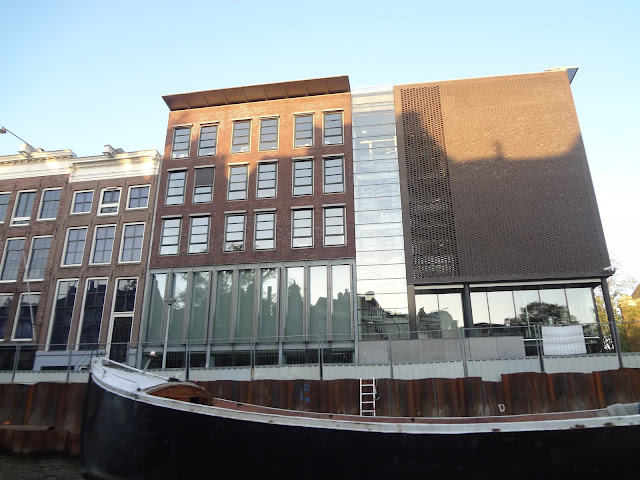 The Anne Frank House is located on the Prinsengracht canal, and opened as a museum in 1960. It was formerly a warehouse where Anne, her parents, sister, and four others, hid from the Nazis from 1942-44 before they were tragically discovered and sent to concentration camps. Anne's father, Otto, was the only one to survive the war, and published his daughter's diary in 1947.

{One of Anne's diaries}

It was a very sad, but completely moving experience. We were worried that it would feel kind of wrong to eat in the museum cafe but we decided that Anne would have approved of all the attention her home has gotten - she wanted to be a Hollywood star, so she would have liked all the fuss made over her ;-) 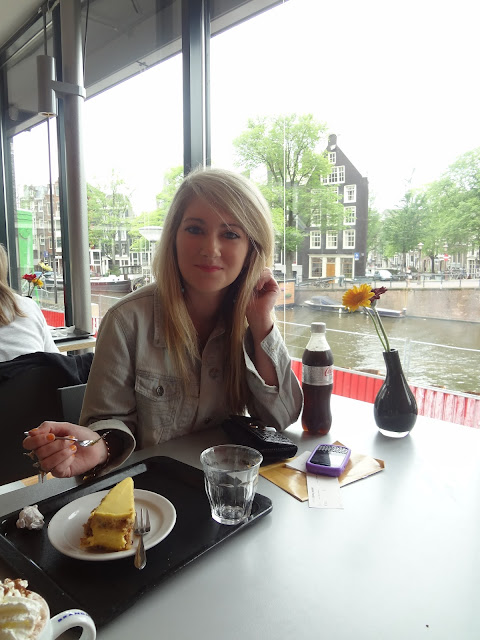 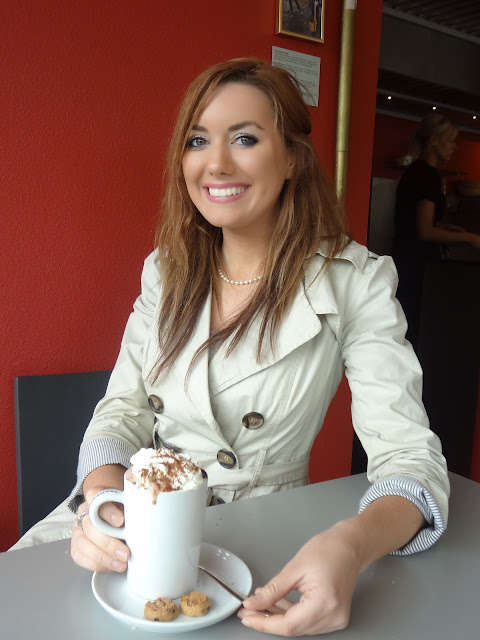 Later on, we went on a canal cruise - perfect for gliding past all these lovely buildings while resting our weary feet! We got a real feel for Dutch architecture and learned some interesting stories about the city's history...and then it was farewell to Amsterdam ;-(
May we return soon!!! 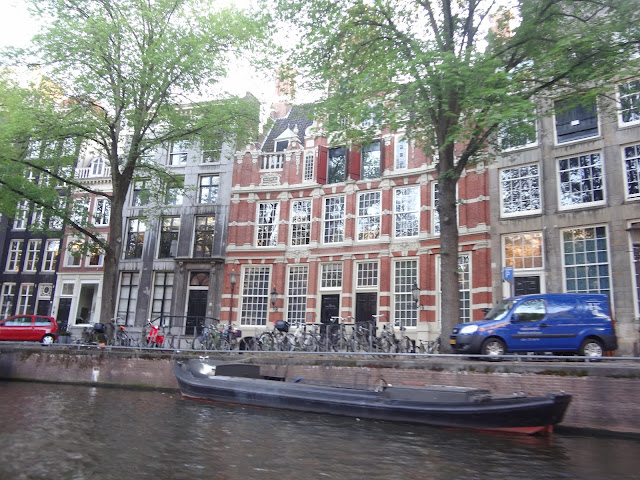 {Larger houses, like this one, would have been owned by very wealthy merchants} 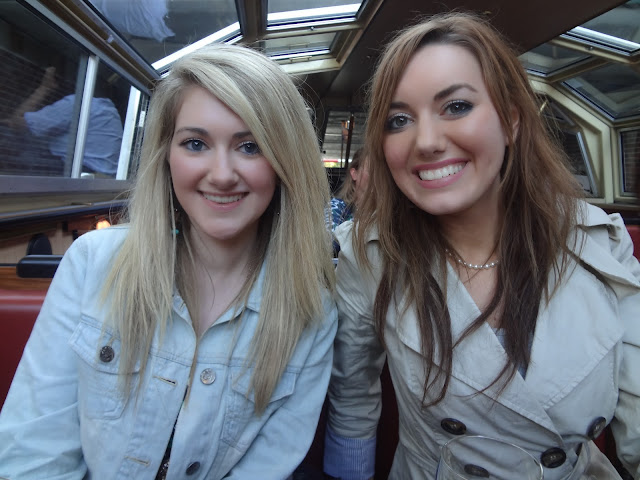 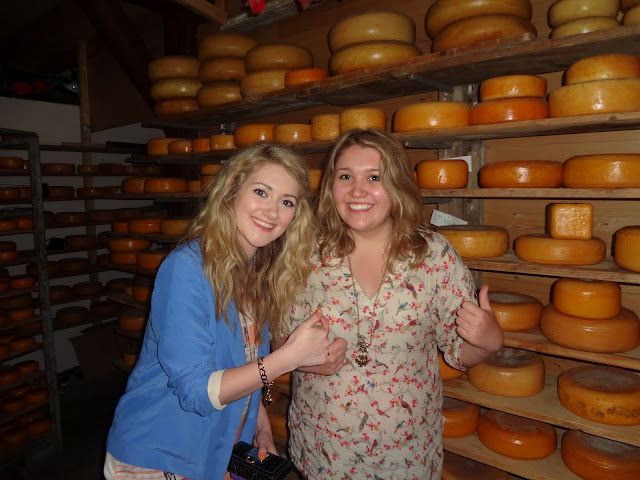 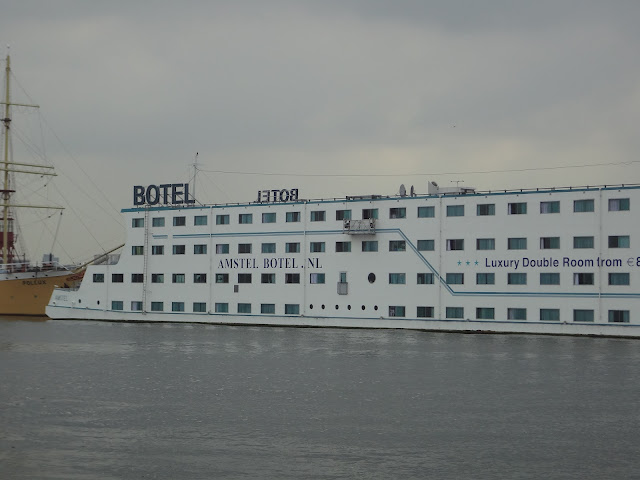 {We stayed in a boat! Yes, it was a biiiit out of the way, but cool nonetheless} 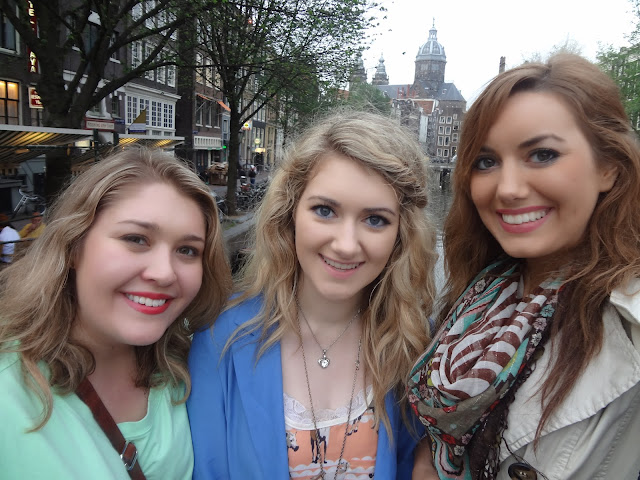