Nice is definitely nice, but we wouldn't be the huuugest fans (at least I wouldn't...Vic isn't too keen on Paris so in making the Paris/Nice comparison, she doesn't really favour one over the other). The only two occasions I've been to Nice have been directly after visiting Paris, and in my opinion, it just always seems kinda boring. Some people really love the gentler pace and sunnier clime of this French Riviera city after the bustle and grime of the capital, but I find it a bit meh. I mean, obviously I don't dislike it - it is charming and pretty and the surrounding landscape is absolutely stunning.

{Nice is kinda nice, I guess} 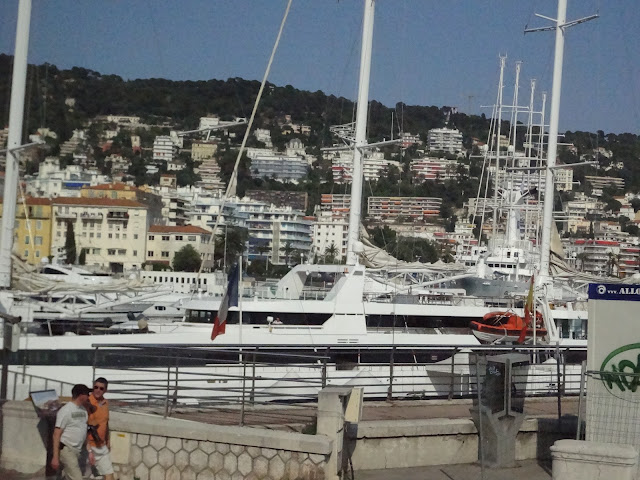 {Just sooo much of this} 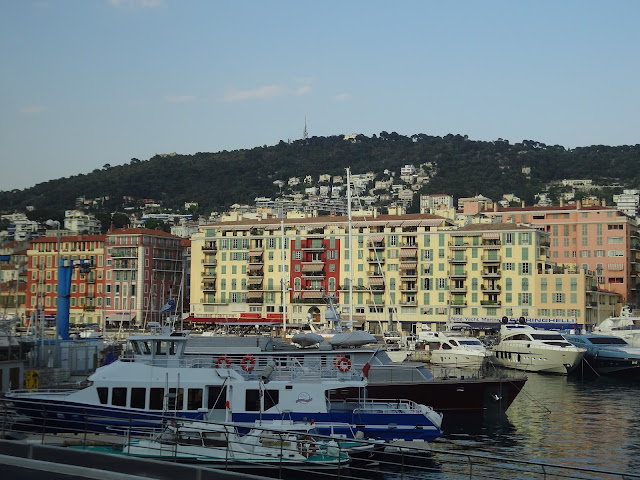 {Loved all the warm, sunset-coloured buildings though} 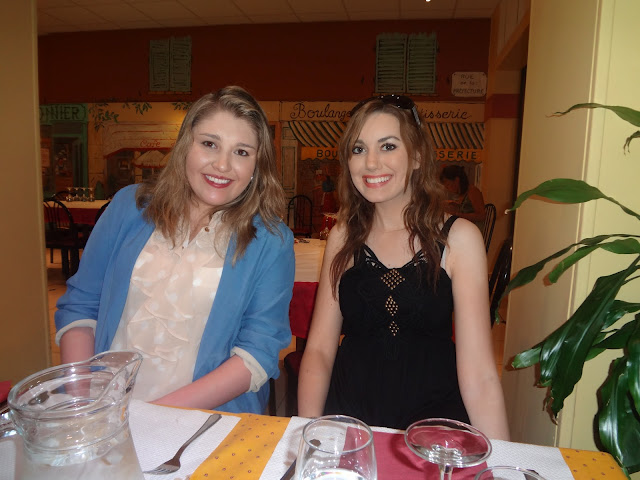 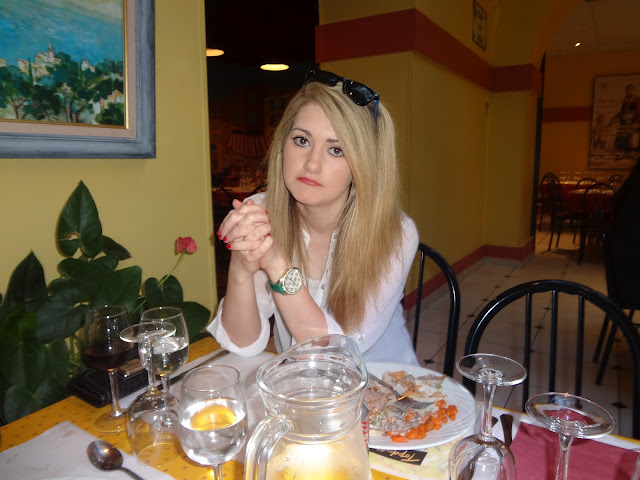 {No idea why this one was so sulky, after being so well-fed and all!}

We did a lot of walking in Nice. Our hotel was by the train station, in the somewhat less salubrious part of town, so the walk in to the city centre was a good twenty minutes through lots of drab streets like this: 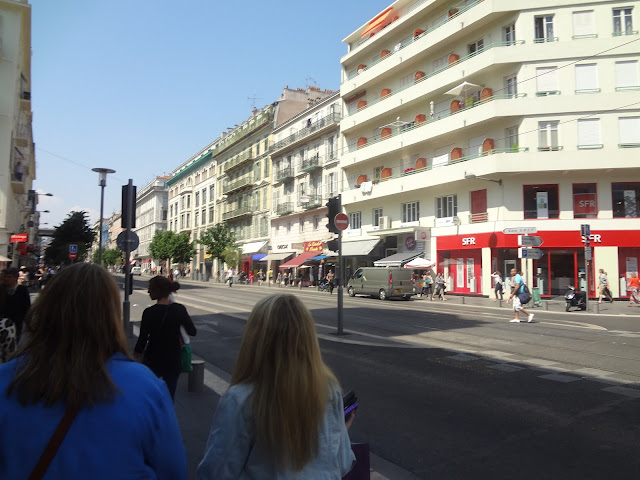 We did make some interesting discoveries, though, like the fact that there exists a type of burger called "Bicky"!!! So of course Vicky and Becky had to have their picture with it. 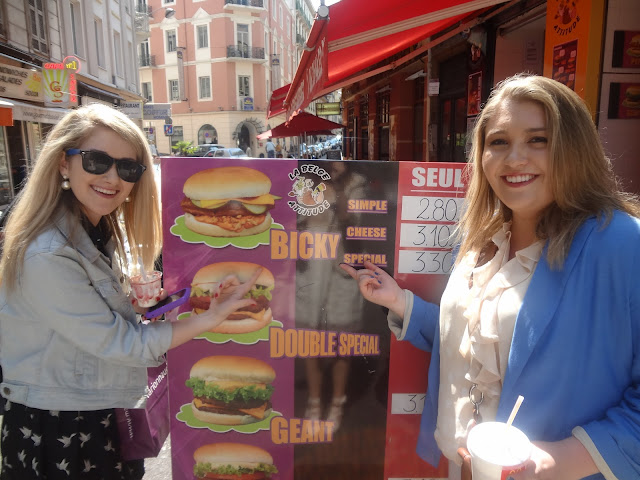 {Vicky + Becky = Bicky! Still no idea what exactly this "bicky" burger consists of...} 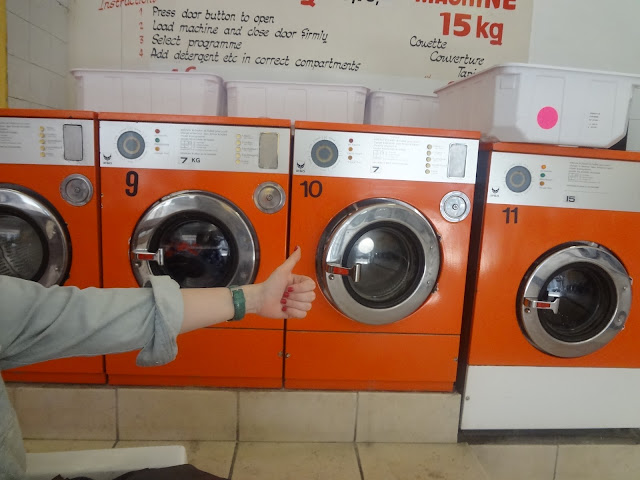 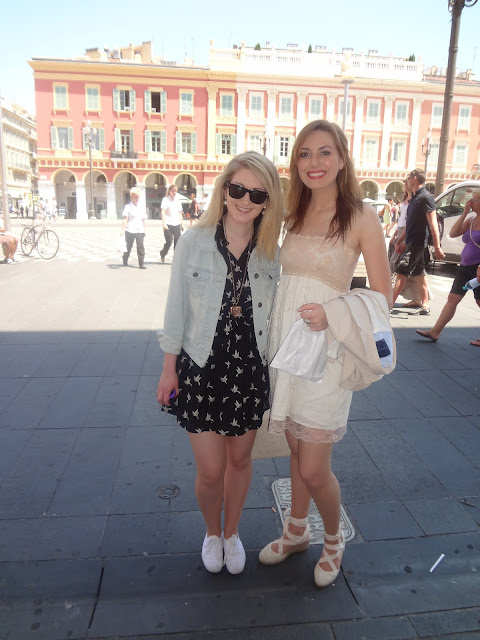 We then took an evening trip to Monaco. We were only there for about 2 hours so didn't have too much time to explore. After briefly having a look at the legendary Monte Carlo casino, we went in search of somewhere for a bite to eat...but the part of town we were in was strangely deadsville (seriously, there was no one around) and the only place we could find was this fancy outdoor Haagen Dazs. So ice cream for dinner it was. And there were no complaints. 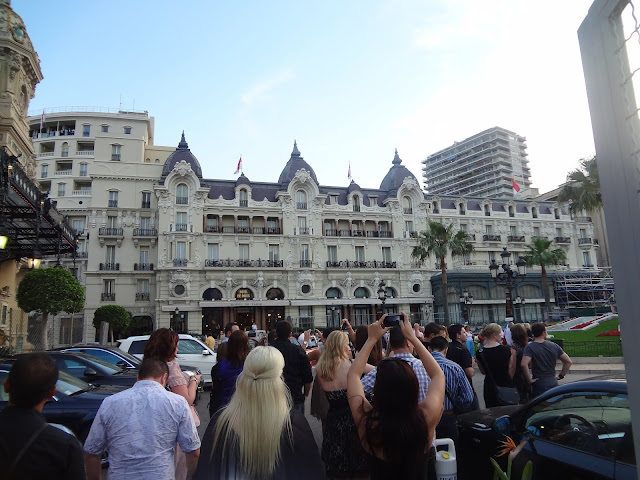 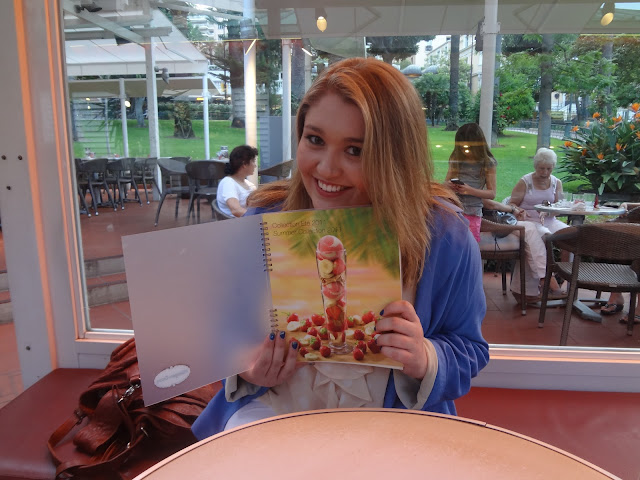 {There were actual menus...} 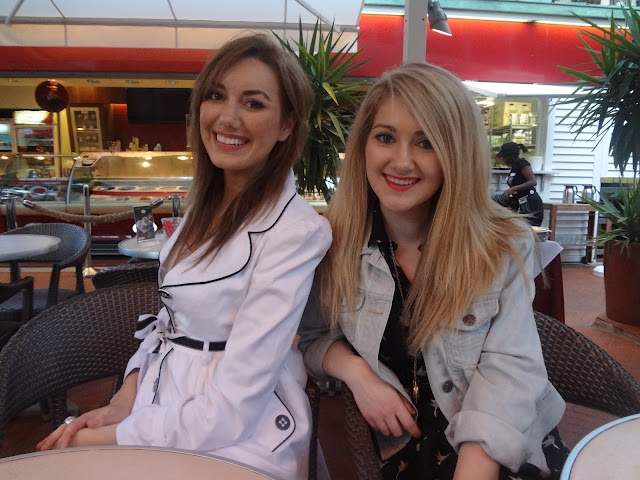 {...and actual tables and chairs and even a hostess at the front like in a proper restaurant. So weird.} 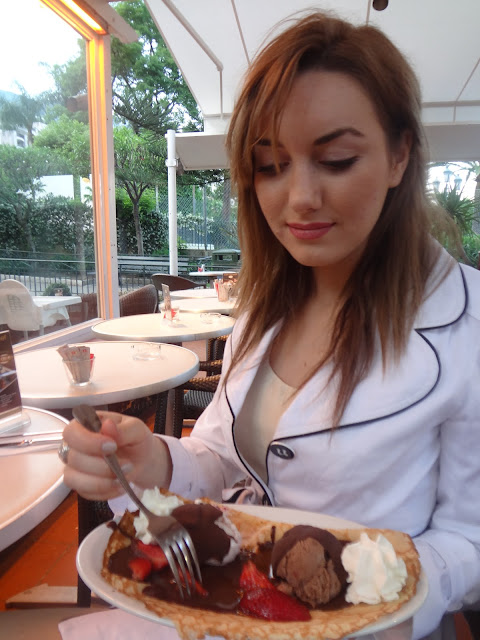 {Every bit as good as it looks} 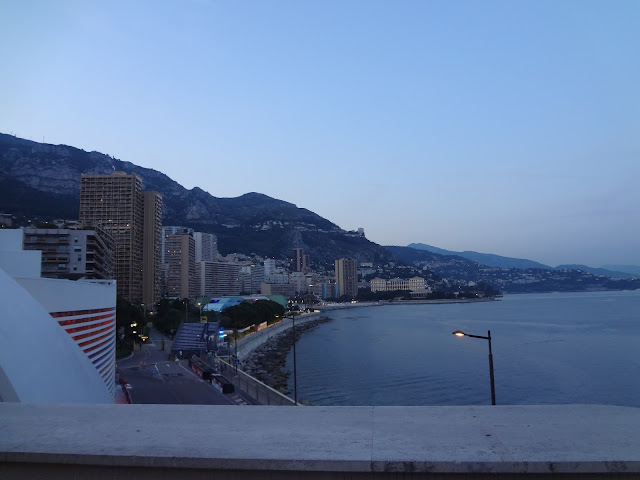 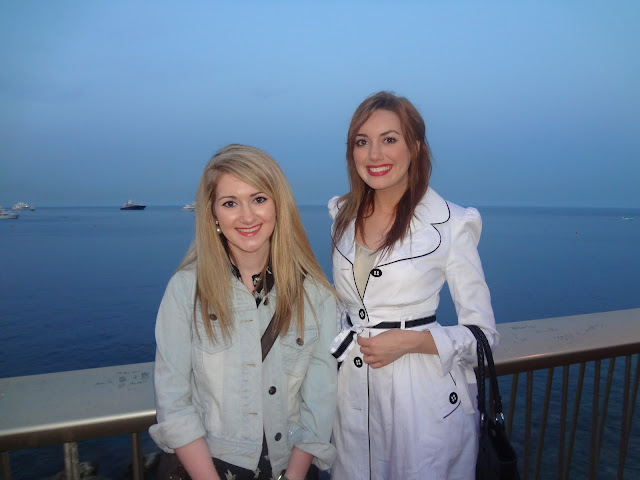 And then it was goodbye to the glamour of Monaco (well, supposed glamour - it was super soulless when we were there) and back to our shabby little Nicean hotel. And a little midnight snack at the Chinese across the road from us. Delicious and elegantly-served as that ice cream was, it wasn't very sustaining. 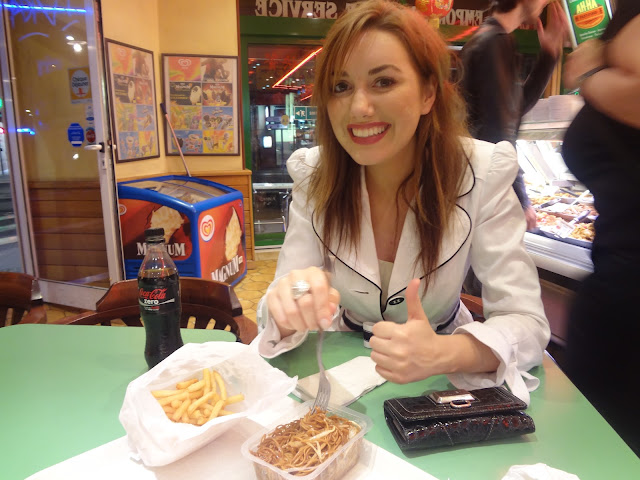