This week's Travels takes us back to Italy; a sunkissed country crammed with culture and charm. Definitely one of our favourites ;-) In between visiting Rome, Florence and Venice (each of which will have their own post in the weeks to come), we made brief stops in Pisa and Verona...too brief to have their own post, so we've combined them. Unfortunately, we didn't take a ton of pictures at either of these stops (we got distracted by gelato in Pisa and clothes-shopping in Verona) but you don't really need hundreds of pics of the Leaning Tower or Juliet's Balcony, do you?!

Now for a little history lesson: Construction on the Leaning Tower first began in 1173, and continued intermittently for hundreds of years after that. The tilting is caused by the unstable foundation on which it's built (the ground was/is too soft), and gradually increased each year until the tower was stabilised about a decade ago. You can actually go in (and up) it, but we didn't...it was the hottest day we'd yet experienced on our trip and we were dying for gelato...so we reserved our flagging energy for the pursuit of acquiring some. (The main difference between gelato and ice cream? Gelato uses milk where ice cream uses cream! And is somehow all the more yummier for that, in our opinion). 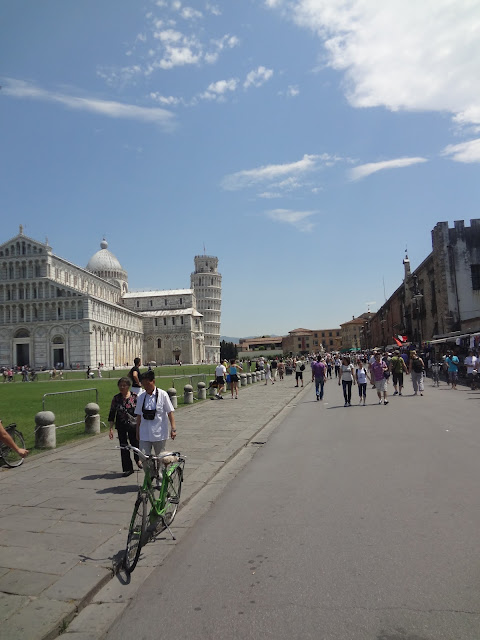 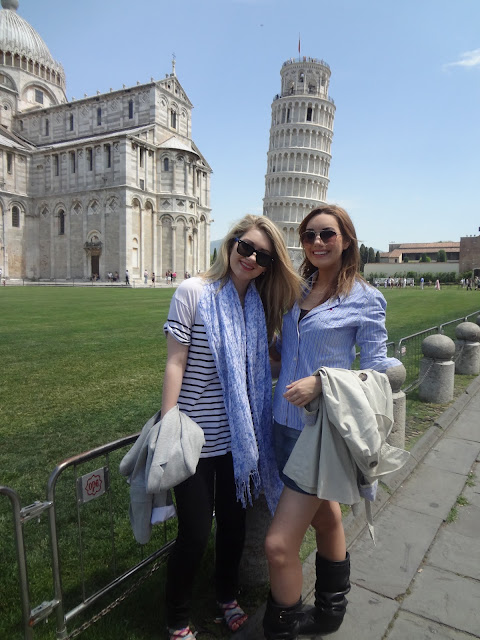 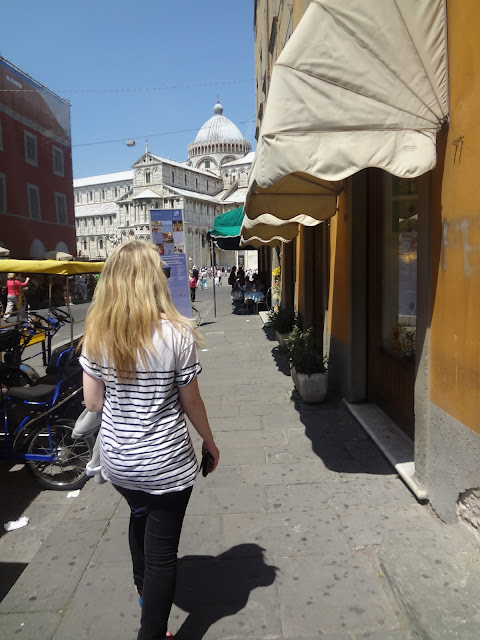 {On the prowl for gelato} 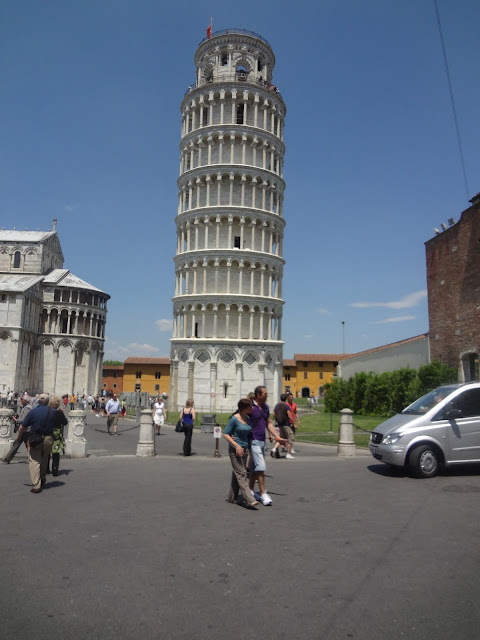 {Looks kinda normal from this angle}

Now for Verona... It's a mid-sized city in Northern Italy with an amphitheatre, warm-coloured buildings and sun-dappled streets, and the Casa di Giulietta - Juliet's House. As in Juliet Capulet, heroine of Shakespeare's great tragedy (and Taylor Swift's alter ego).

While there actually was a Capulet family living in Verona, the similarities to the family of the  play are a bit hazy, so the claim that this is the Capulet family home (and that the balcony was indeed Juliet's) is a bit sketch...but nonetheless it's become a love shrine of sorts, complete with letters to Juliet from people around the world posted on the walls.

It was a bit nauseating, what with the overwhelming amount of PDAs going on ever way you looked, so we made a hasty dash for the shops... We found a really good one called ProMod - a cheap and cheerful clothing store indigenous to Europe; definitely recommended! 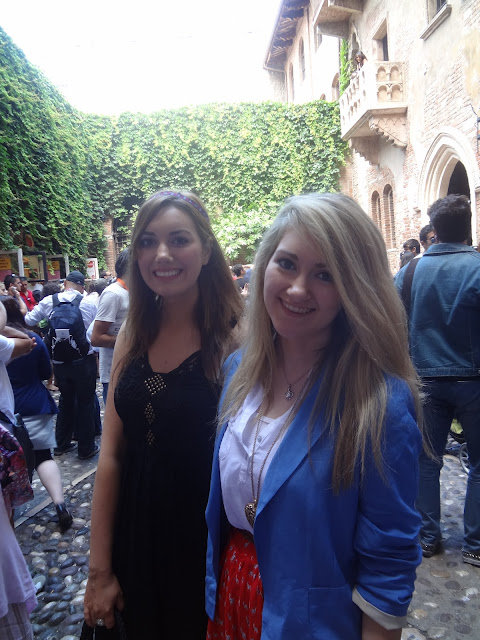 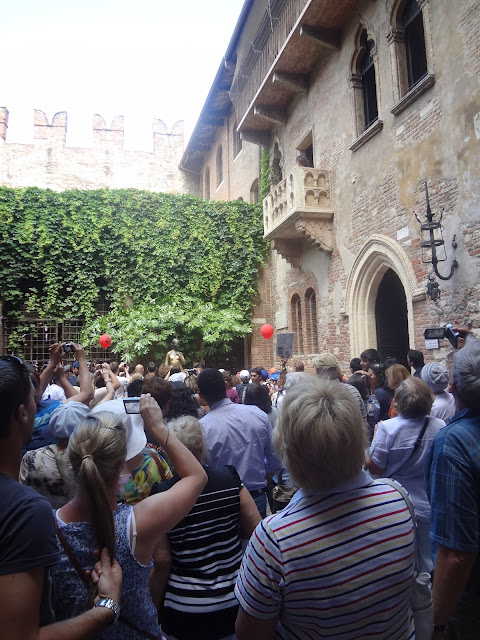 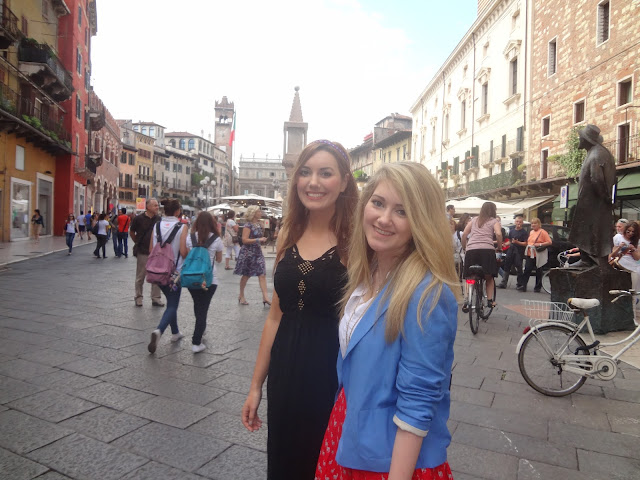 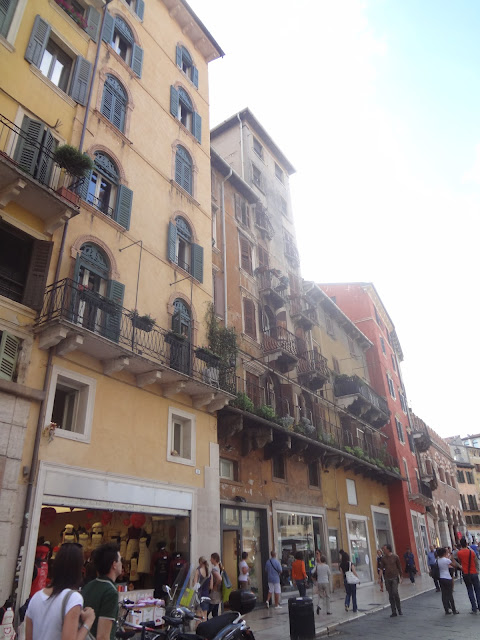 {Verona is full of beautiful, balconied buildings like these}